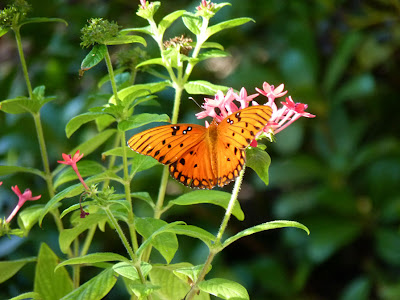 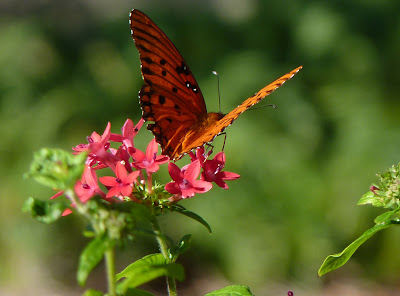 These lovely butterflies are common all along the Gulf Coast.
Posted by Barrier Island Girl at 1:54 PM 4 comments: 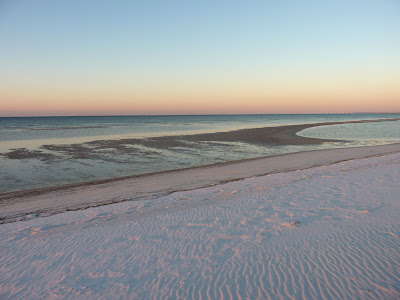 We had an incredibly low tide this weekend, lower than I've ever seen it before. If it hadn't been so darn cold and blustery, and if I had on waterproof boots instead of tennis shoes, I would have taken the opportunity to explore!
Posted by Barrier Island Girl at 1:37 PM 6 comments:

Yesterday morning, right after my Wildlife Observer shift ended, I headed toward Ft. Pickens with my friend and fellow Wildlife Observer, Melanie Waite. We were participating in The Great VISIT PENSACOLA Beachwalk.

I was very disappointed in my photos because most of them were slightly blurred. It shouldn't have been a surprise since I did not have a tripod with me, nor would I have taken time to set up even if I had, due to the cold temps and breezy conditions. Secondly, after twelve hours on the beach, then another hour+ on the beach getting to our starting point and waiting for sunrise, both Melanie and I were shivering like hairless chihuahuas, hence more-than-normal camera shake. 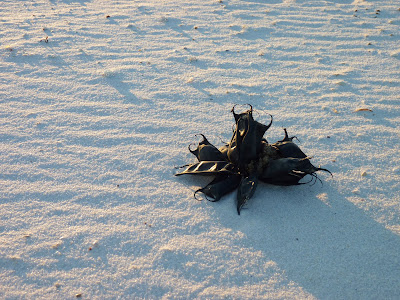 But I have to share a couple of photos of the Mermaid's purses which we saw washed up on shore. 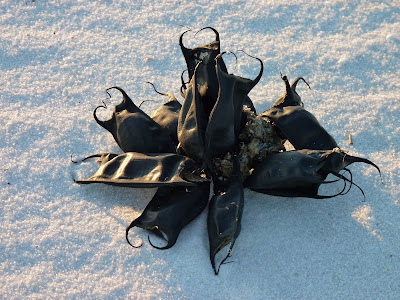 Mermaid's Purses are very unusual and I love their name, even though they are really just egg capsules of marine creatures like shark, rays and skates. The one's we discovered yesterday are those of a ray or skate, I believe.
Unfortunately, as I write, it comes to mind that I left them in my vehicle overnight, so this post will come to an abrupt end, with no links, while I rush to remove them and hope I am not stuck with a bad fishy odor in my car for the next six months! Shell Collecting 101: Never leave uncleaned shells in your vehicle overnight!
Posted by Barrier Island Girl at 12:41 PM 5 comments: 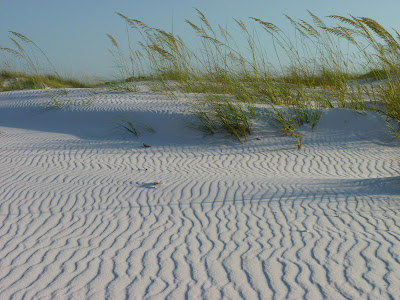 Tomorrow morning after our Wildlife Observer shift ends, my friend and mentor Melanie Waite and I will join more than 2,500 other people across the state of Florida in The Great VISIT FLORIDA Beachwalk . We laughingly say we want to see just how much thinner we can spread ourselves in one day!

Beach-lovers from St. Augustine to Miami to Pensacola Beach plan to walk at least one beach mile of the 825 miles of Florida beaches tomorrow morning, take photographs between 7 a.m. and 11 a.m., and upload them to the VisitFlorida website. We will help them show, as they state on their site, "All of the Sunshine State’s 825 miles of beaches and 1,260miles of coastline are clean, clear and “Open for Business.” We invite you to see for yourself on Florida Live at VISITFLORIDA.com." 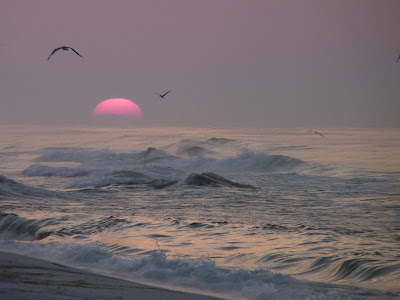 Melanie and I will be walking and photographing Ft. Pickens Area of Gulf Islands National Seashore after sunrise. As all my blog followers know, Ft. Pickens is the most dear to my heart not only because of its beauty, but the hours I've spent patroling it during sea turtle season. Some of my other friends such as Lila Cox and Sandi Johnson will be walking areas between Casino Beach and Ft. Pickens and uploading their photos also, helping to showcase our beaches as close as we can in real time. 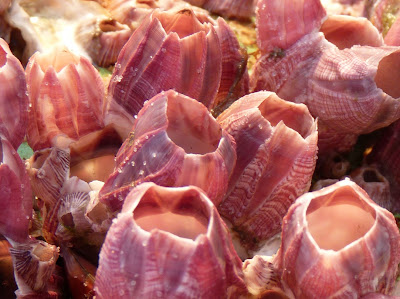 The message will hopefully go out that our beaches are beautiful and there are treasures to be seen and enjoyed in Florida. We are indeed "OPEN FOR BUSINESS"!
Posted by Barrier Island Girl at 2:10 PM 3 comments: