Spring on the island

One of the special advantages we have on the island and coastal mainland each spring is watching osprey build their nests and go through their mating ritual.   An osprey's wingspan can reach up to six feet, so you can imagine how incredible it is to watch them soaring high in the sky or diving into the Gulf for fish. 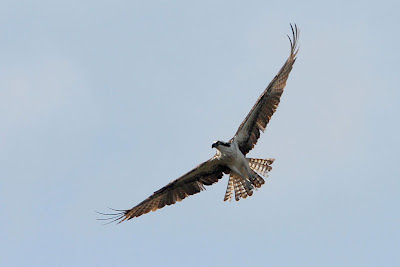 Yesterday afternoon I rode with my friend and fellow photographer, Harry Purcell, to Ft. Pickens to observe returning osprey and try for some photos. Harry very graciously allowed me to try out his Canon 70-200mm prime lens, and I was able to capture some nice shots. 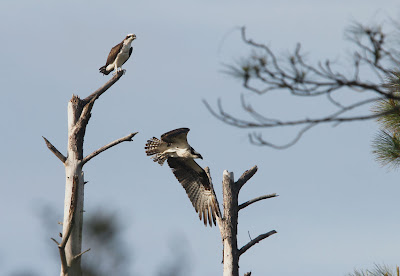 I've found myself becoming more curious about indigenous wildlife as a result of my patrols in the last few years. What started as a passion for sea turtles has expanded to several sea and shore birds as well. 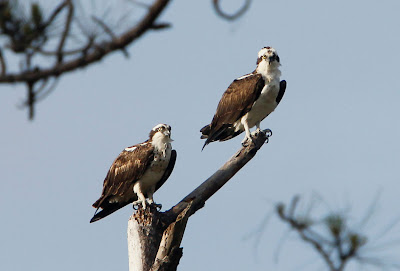 Osprey typically mate for life.  The female (left) is generally larger, has a slightly large wing span, and usually has more brown speckling across their chest. ﻿ 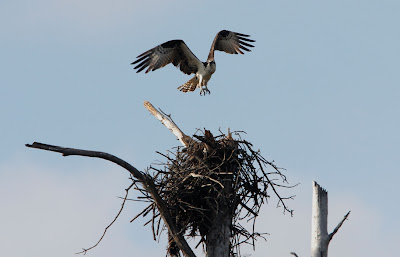 Osprey typically return to the same nest year after year. 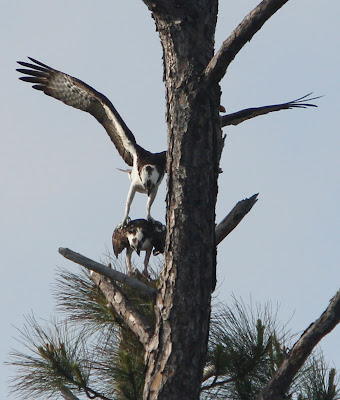 Whether you live here or are visiting Pensacola Beach, this is a wonderful time to visit Ft. Pickens (especially with a pair of binoculars) to watch the osprey soar and work on their nests. Either early morning or late afternoon is a great time to watch them fish also.
Posted by Barrier Island Girl at 5:59 PM 3 comments: