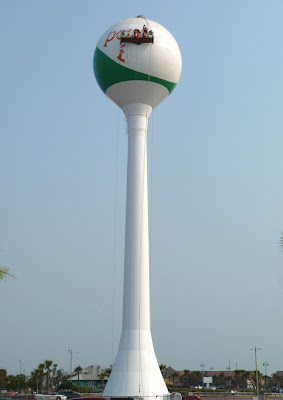 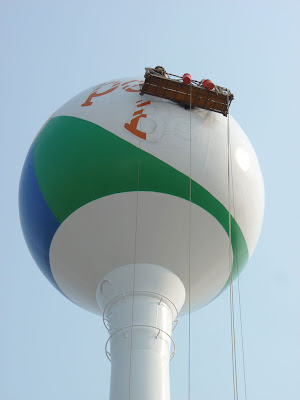 This is one job I think I'd pass up, even if I had the talent to do it. It's been a bit freaky to see them walking around up there. 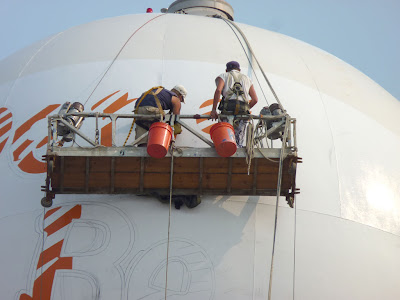 But can you imagine the view during break time! 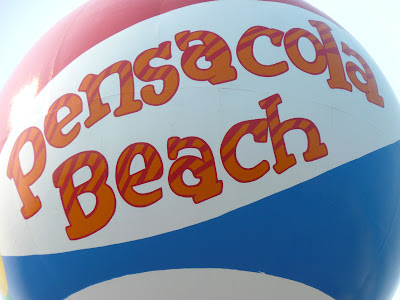 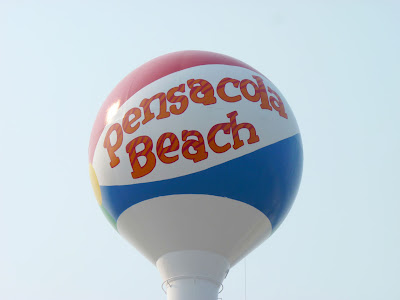 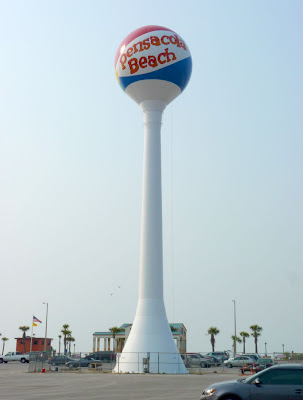 ...and waiting for you this summer!
Posted by Barrier Island Girl at 10:27 AM 4 comments:

How 'bout a handout, mister 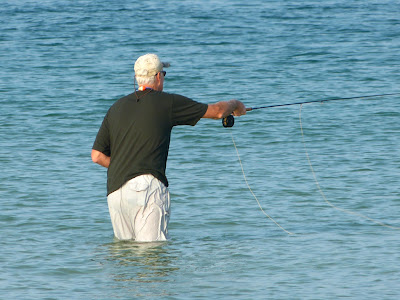 In the Gulf of Mexico, there were a couple of gentlemen enjoying a day of fishing. 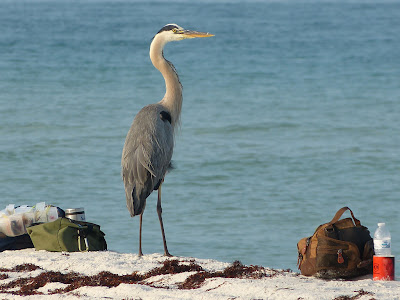 And on the bank was a Great Blue Heron patiently waiting between their two knapsacks for a handout.
Posted by Barrier Island Girl at 2:01 PM 2 comments:

Patrollers seem to luck into discovering a nest on a day they are substituting for someone else.   We tease each other about it all the time.  That was the case at Ft. Pickens this morning when I discovered the tracks of a small loggerhead.  It is the first sea turtle of the season for the Ft. Pickens area.  Her crawl width was only 31 inches, so she is probably young. In contrast, a loggerhead crawl in another area earlier this month was 41inches wide, making her a BIG girl! 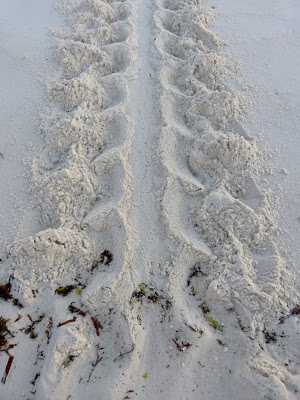 Unfortunately the nest was located too close to the water and in an area which frequently washes over during storms, so it had to be relocated by the biologist.  The egg chamber was also very shallow, just a few inches from the surface. 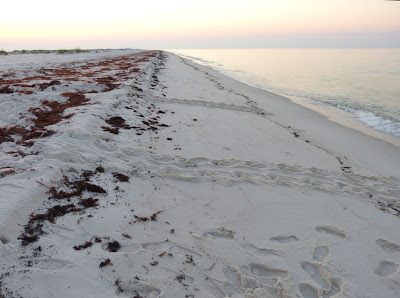 Although it's difficult to tell much about the photo below due to the angle, I've drawn a couple of circles that indicate the location of  1) the body pit, and 2) location of the egg chamber. 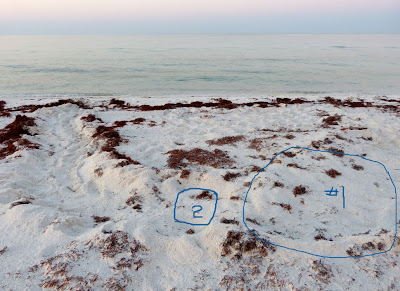 You can also see that high surf a month or so ago washed in a lot of sargassum (seaweed). It will eventually decompose and be washed over by sand, looking as beautiful as ever. Although most of us don't like it very well, the shorebirds love it because it is loaded with all kinds of tiny crustaceans for them to feed on.

I'll be back patrolling on Sunday, so wish me another nest!!!  We're two nests behind at Ft. Pickens for this time last year!
Posted by Barrier Island Girl at 1:25 PM 2 comments: 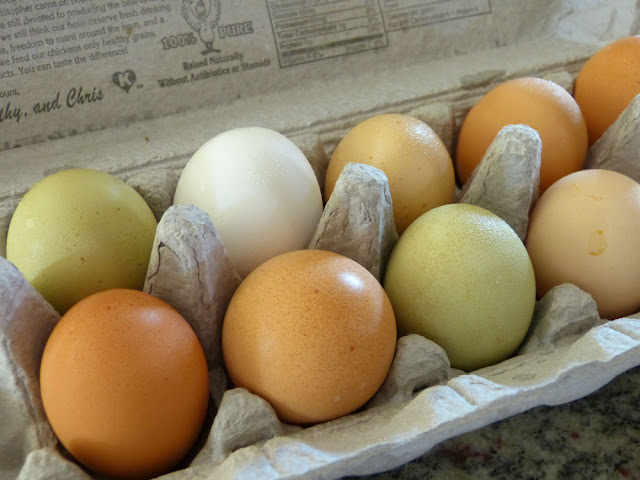 My brother-in-law and his wife are visiting from Taos, New Mexico and brought us some of their "farm fresh eggs"!   Who knew Dr. Seuss was telling the truth; there really are green eggs.  Now about Whoville...

"From there to here, and from here to there, funny things are everywhere!" 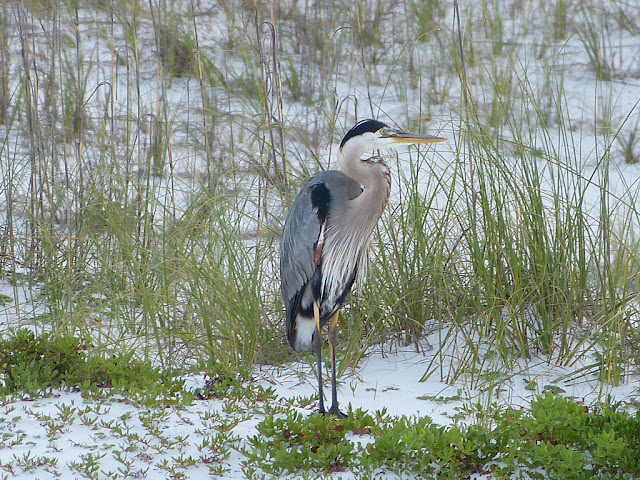 "The human spirit needs places where nature has not been rearranged by the hand of man." 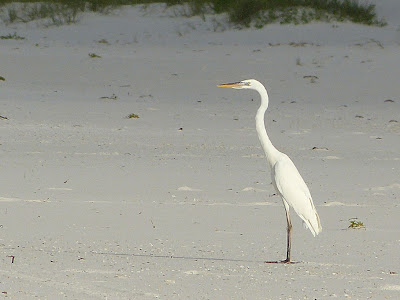 Although I've seen many Snowy Egrets (smaller, with bright yellow feet) during my turtle patrols, this is the very first time I've ever see a Great Egret at either Ft. Pickens or Santa Rosa.  What a beauty.  I wish I could have gotten closer for a better shot.
﻿
Posted by Barrier Island Girl at 10:16 AM 1 comment: