The view from Portofino

It was a breezy, cool, gray morning, but the sun is finally peeping out this afternoon.  Too bad I didn't wait until afternoon to visit my friend's condo at Portofino!!
Posted by Barrier Island Girl at 4:12 PM 1 comment:

It's a gray, cool, windy day on the beach with gusts well over 20 mph.  High winds which coat the landscape with salt spray are not good for my little lemon tree.  See the teeny, tiny lemons which are beginning to form.  Hopefully the wind will die down later in the day and I can shower off the salt before too much damage is done. 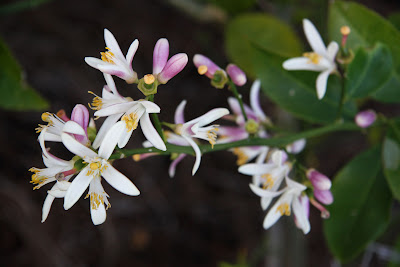 By the way, the scent from my little tree is incredible right now.  I cannot imagine how divine it would be to walk near a whole grove of them in bloom.﻿
Posted by Barrier Island Girl at 9:39 AM 1 comment: 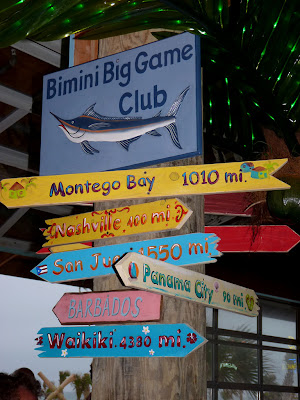 Not too far to go for a Cheeseburger in Paradise! 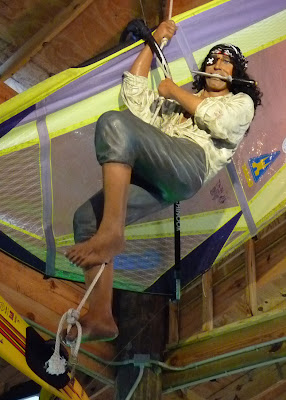 There's always one in the group! 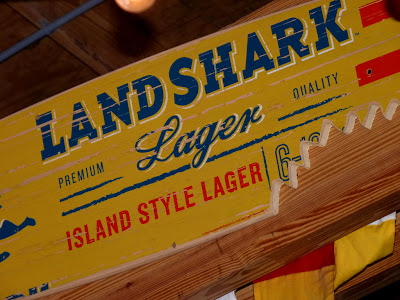 The 'other' Island Style. 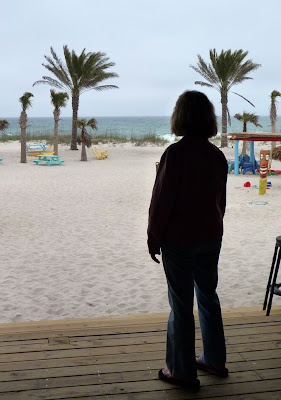 Daydreamin'
Posted by Barrier Island Girl at 4:39 PM No comments:

Margaritaville Beach Hotel is one of our newest Pensacola Beach Chamber of Commerce members and last night they hosted our quarterly Business After Hours event at Landshark Landing. This fairly new property which opened last summer is another fun place to put on your list to visit this summer.   The food was great and the atmosphere was delightful.

Even though it was starting to drizzle rain, I was able to get a couple snippets of video of the super-cool outside area to share with you.


At the beginning of the first video above you can see the Pensacola Beach Fishing Pier in the background.


I took the second video to show you how the firepit looks when lit (and you can imagine how it looks after dark!) and also did a close-up of the tiki bench where you can chill out with friends while you dig your toes in that sugar white sand.... Gosh, do I sound like a Chamber of Commerce commercial????
Posted by Barrier Island Girl at 3:09 PM No comments:

Down a lazy river

Our Pensacola Beach Chamber of Commerce meeting this morning was held at the newly opened Holiday Inn Resort on Via de Luna Drive.  Afterward, I stepped out on the balcony of the conference room to take a quick video of the resort's most exciting feature, 'Lazy River'!

This is a great new property on the beach and will be a beautiful place to stay this summer, especially as the landscaping fills out, the cascading waterfall and beach music are turned on, and the palapa-style Tiki Bar is open.
Posted by Barrier Island Girl at 10:39 AM 2 comments: 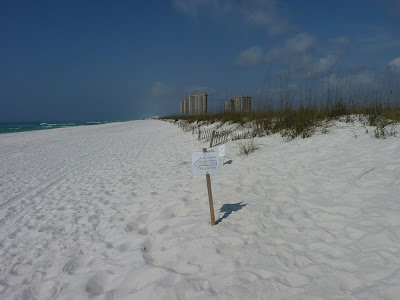 It was hazy in the Gulf and hazy to the north, but I had a lovely clear shot down the beach this morning! 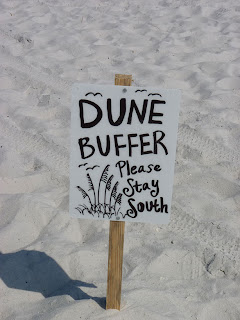 I was happy to see the Dune Buffer signs, even if they are handwritten.  Our dunes are slowly rebuilding, but foot traffic can quickly break them down again.
Posted by Barrier Island Girl at 11:14 AM No comments:

The round earth rolls 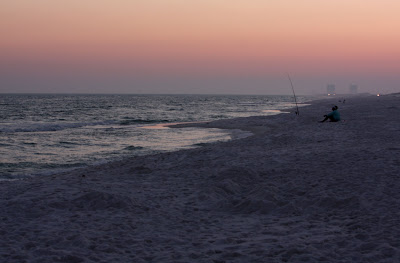 Sometimes, when things get overwhelming, just stop and watch the "round earth roll". Stop thinking about where you need to be, what you should be doing, what slipped through the cracks this day. Just take a breath, let your shoulders relax, and immerse yourself in the moment.

"The grand show is eternal. It is always sunrise somewhere; the dew is never dried all at once; a shower is forever falling; vapor is ever rising. Eternal sunrise, eternal dawn and gloaming, on sea and continents and islands, each in its turn, as the round earth rolls." 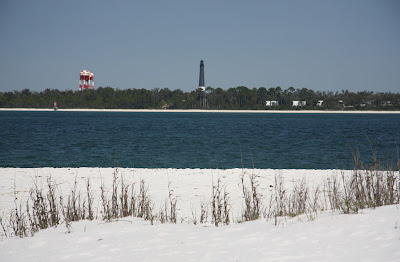 Photos taken at midday are not the best, but I wanted to share shots from my walk with other volunteers around the end of the island today.  We crossed over the seawall and continued west, walking parallel to the Naval Air Station, the Lighthouse, and Fort Barrancas.
﻿ 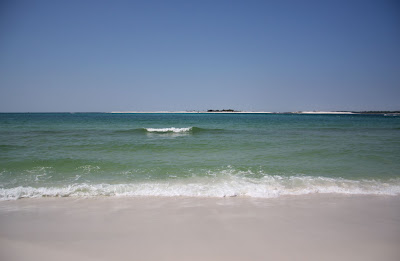 Looking west from the tip of Santa Rosa Island across Pensacola Pass toward Perdido Key. ﻿ 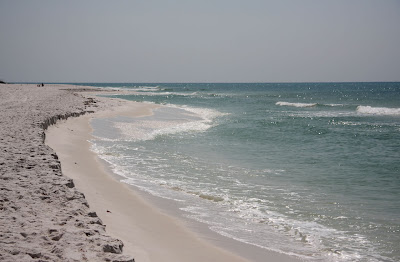 Although you can't see it from these photos, the Gulf of Mexico was beautiful hues of sapphire and turquoise today.  A few cobia boats are starting to venture out and will be in full force in April. ﻿ 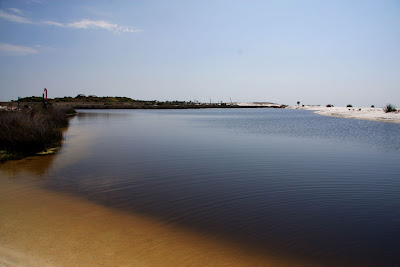 I drive past this small lake/pond near the old fort during my turtle patrols, but I did not know until our guided walk with Ranger Becky Breeding Mims today that it is freshwater. (It becomes brackish for a time after hurricanes or tropical storms that cause a storm surge or breach.) Ranger Becky has also been on a exploratory dive of the pond where she learned that it is at least 30 feet deep, the point at which it became to murky to continue. She also told us that Park visitors are allowed to fish in the pond...as long as they invite her to dinner!


The beach is looking fabulous and I was able to see firsthand many improvements made at Ft. Pickens during the winter months.  It's so exciting to look forward to a brand new sea turtle patrol season!!

Postscript:  After this publishing this post, I received an e-mail from a friend of mine, Mr. Morrie Drees.  He has lived here for many years and is always generous with his knowledge of the area.  This is an interesting tidbit he shared about the lakes and ponds of Ft. Pickens:

"... when I was a flight instructor at Sherman Field. we had a land mark where we checked in for landing called three lakes. There were 3 fresh water lakes east of FT Pickens where we would report over for landing on runway 24 at Sherman. They were very visible from the air and were a good landmark. I believe over time the hurricanes buried them."
I have been trying to find out if the three lakes he mentioned are still there, but have not yet heard back from the park biologist.
Posted by Barrier Island Girl at 6:55 PM 3 comments:

Off to Ft. Pickens!

I'm heading to Ft. Pickens for our Gulf Islands National Seashore Volunteer Outing today.  Volunteers from not only our area, but also the Mississippi District will spend the day on special guided tours around Ft. Pickens, and enjoy a picnic and awards presentation.

I love my sea turtle patrols, but is also very interesting to meet and visit with volunteers who provide service in other areas (such as the forts and welcome centers) and districts.  Some have been volunteering for up to two decades and received their 1,000+ hour awards and certificates!  They are incredibly generous with their time and are very knowledgeable about our National Seashore, its history, and wildlife.

What a fabulous, beautiful day for fun and friends and picnicking at Ft. Pickens!

Posted by Barrier Island Girl at 10:02 AM No comments:

Which way to paradise? 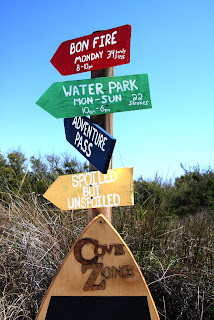 Which way should I go today?
﻿
Posted by Barrier Island Girl at 9:06 AM 1 comment:

At least they will be lemons eventually! 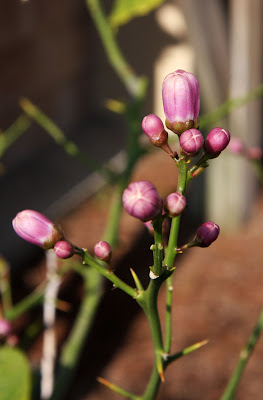 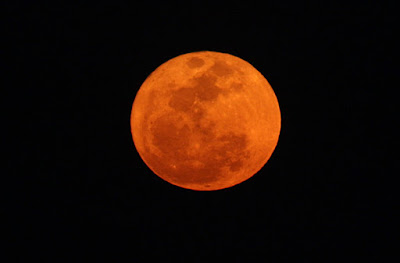 What a beautiful moon tonight. I drove east into the Santa Rosa area of Gulf Islands National Seashore to find a more quiet place to photograph the event which NASA referred to as a "super 'perigee' moon".

It was simply splendid!!
Posted by Barrier Island Girl at 8:34 PM 10 comments: