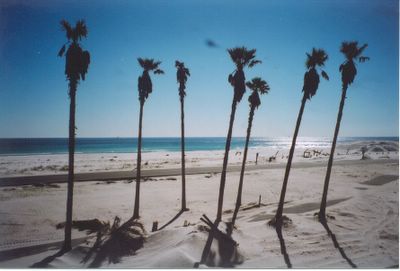 Posted by Barrier Island Girl at 4:18 PM No comments:

Becoming a barrier island girl can be somewhat stressful when you’re new in town and trying to remember which body of water you are closest to at any given moment. There’s also a problem dealing with shifting counties and multi-named bridges. I admit to occasionally having trouble keeping my right and left straight (Oh, come on, like you haven’t gotten that confused before), but geographically speaking there is a lot to remember when you live in Pensacola Beach.

Within a 10 - 15 minute drive on the island we’re facing the Gulf of Mexico, Santa Rosa Sound, Little Sabine Bay, East Bay, Escambia Bay, and Pensacola Bay. For extra points, please name the above listed bodies of water through which the Intracoastal Waterway runs!

Then let’s stop and think about the bridges and their nicknames. We have the Pensacola Bay Bridge, which most people refer to as the 3-mile bridge; the Bob Sikes Bridge, which is the one-mile bridge, or the toll bridge; and the Garcon Point Bridge with a toll so high I can’t print the nickname some people have for it. Now if someone can just point out by February where the Double Bridge Run is held, I’m all set.

Poor daddy is hard of hearing and he’s still working on getting the Bob Sikes bridge straight.

"Is this the tyke’s bridge?"

"No, daddy, this is the Bob Sikes Bridge."

Almost as confusing are the shifting counties. Can someone explain why Gulf Breeze is in Santa Rosa County if Pensacola Beach is on Santa Rosa Island, but in Escambia County? I may be blonde, but really, isn’t that just a little strange to you? What it means to me is that I have to pay SRIA taxes for that nice bottle of Chardonnay in Pensacola Beach, but I can’t just run over and buy it in Gulf Breeze since Santa Rosa County is dry. I’m almost sure I can get a discount price on Chardonnay somewhere if I figure out how many bridges, bodies of water, and shifting counties I have to cross to get to the closest wine and liquor store off the beach.

Now some of you may think I’m complaining, but not so. I just think people who want to move to the island should be required to pass a geography test so they can properly identify their surroundings. A small price to pay for living in Paradise, don’t you think? And it will SO save you from embarrassment when you try to buy a bottle of wine at the Bruno’s in Gulf Breeze.

P.S. Daddy is concerned about that bad accident which must have happened on Ft. Pickens Road. He’s sure someone famous must have died there since they’ve put up such a big white cross. At home in Tennessee they just put up the little wooden ones by the side of the road. On his next visit I’ll explain about it being the commemorative site of the first Mass held in the New World, but I know he’s just going to think it’s where they buried someone. First we’ll get the geography down, maybe then we’ll move on to history.
Posted by Barrier Island Girl at 2:49 PM No comments: