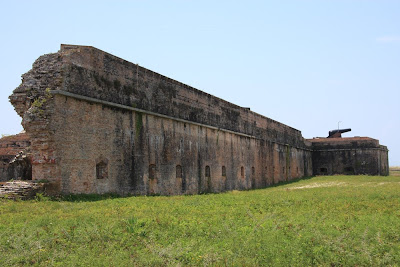 I realized this morning that in all the photographs I've shown you of the newly reopened Ft. Pickens area of Gulf Islands National Seashore, I haven't shown you a single one of the fort itself! Completed in 1834, the fort has withstood countless hurricanes. 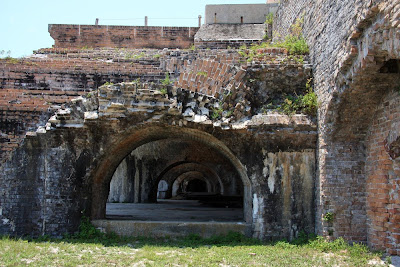 The fort was the site of the first major battle of the Civil War on Florida soil. It was known as the Battle of Santa Rosa Island. 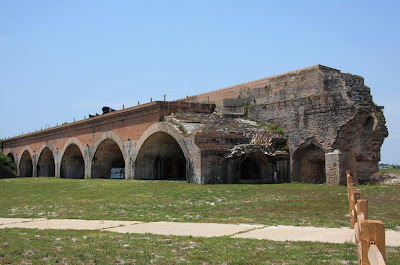 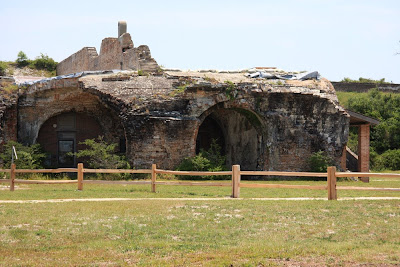 Despite the damage from hurricanes, there is still much to explore at Ft. Pickens. 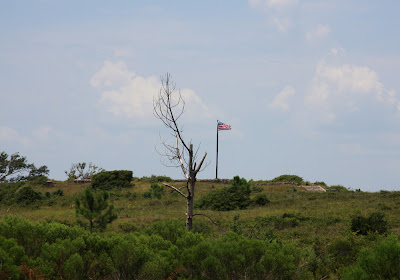 There are daily tours of Ft. Pickens at 2:00 p.m. and a beautiful section of the Florida Scenic Trail begins within the fort itself and travels east over marshes and canals. 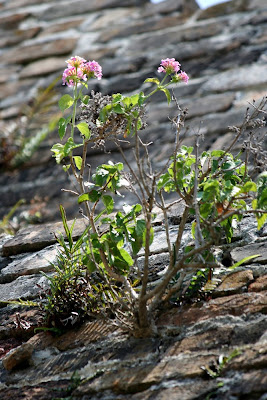 Lantana grabs a foothold in a crack of the old fort wall.
It costs $8.00 per vehicle to entry the Ft. Pickens Area of Gulf Islands National Seashore and it is good for a period of one week. U.S. citizens who are 62 years of age or older may purchase a lifetime Senior Pass for $10.00 which is good for all national parks!
Posted by Barrier Island Girl at 8:10 AM

Hi DJ
I'm having trouble gettingyour pictures to come up. The text is fine, but it takes several clicks on the little box where the picture should be. Anyone else noted this problem? It's probably my computer, but just wanted to check.
Claire

Claire, I never have any problems, but occasionally my husband does. I don't know why.
Sharon

Hey ladies, I don't have trouble, but I don't count! :-) I reduce the resolution on all my photos trying to avoid any problems. I'm sorry to here there's still trouble getting them to come up sometimes.

Any computer tech-savvy folks out there that can tell me how to alleviate the problem for viewers on my end?

Hey DJ
Turns out it's my problem. Called in tech support because yours wasn't the only site I had problems with. Hopefully the problem is solved. Sorry to make you worry. Look forward to tomorrows pictures.
Claire

Wow, thanks for posting these. The fort is beautiful and this post makes me want to explore!